A Guide to Sikh Weddings 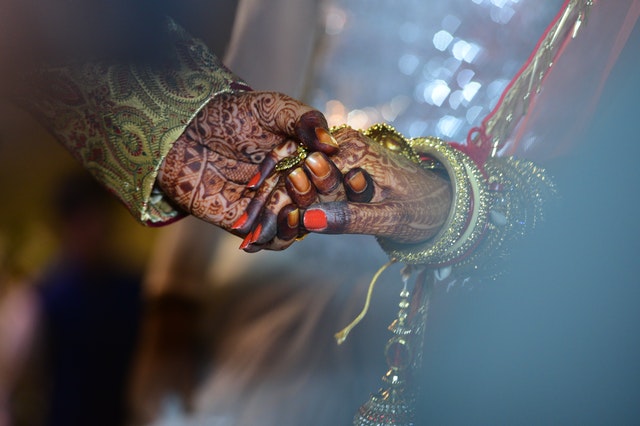 Sikh weddings are distinct in both form and traditions from neighbouring cultures. The vast majority of Sikhs are either ethnically Punjabi, or based in the Punjab itself. This means that there are certain overlaps with Punjabi weddings as a whole.

Before Sikh Weddings, the party leaves the groom’s home. The father of the groom ties a turban around his son’s head, and hands him a sword. The groom’s sister then ties the Sehra (a kind of face veil made of ribbons) to his turban to cover his face.

Sikh weddings are based around the Sikh religious tradition known as Anand Kharaj. This dates from as far back as the 16th Century, after it was created by the Guru Amar Das. Sikhs view marriage as an important institution with several principles that should be upheld.

Foremost among these principles are that:

The marriage ceremony itself is based around the Laavan Phere, which are the four hymns of a Sikh Wedding. While each hymn is being sung, the couple circle around the Guru Granth Sahib. A piece of cloth joins them together. During each hymn, the partners agree to follow the precepts of Sikhism, to respect each other and worship God.

After the ceremony has finished, the bride’s sisters often play tricks on the groom, such as stealing his shoes, and demanding a ransom to return them. This is known as Joota Chupai. The couple also have a lavish meal, called the Pag Phere.

Sikh Weddings are often the result of a synthesis of local Punjabi traditions and Sikh religious beliefs. With so many traditions to follow, there can easily be a lot to spend. Make sure that you protect your wedding day with Wedding Insurance from Wedding Insurance Solutions. We insure all sorts of weddings, all over the world. Get protected today from as little as £15.