A Guide to Gujarati Weddings 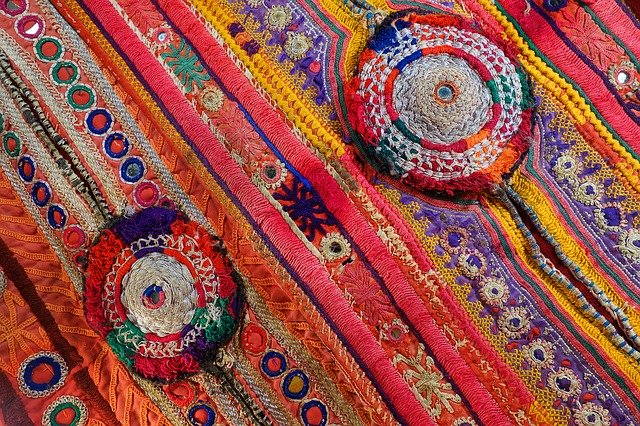 Gujarati weddings depend for their details on the rich cultural mix of Gujarat. While the majority of people in Gujarat follow Hindu practices, there are also Muslims, Jains, Zoroastrians and more. This means that Gujarati Weddings can take on many distinct forms.

Many elements of Hindu Gujarati weddings follow similar traditions to the rest India’s Hindu weddings. However, there are a number of uniquely Gujarati practices. These are often the elements of the ceremony that precede and follow the wedding.

Engagements in Gujarat often have feature the Gaud Dhana tradition. In this practice, the family of the bride give out small amounts of Jaggery and Coriander. During the engagement, the couple exchange rings and sweets.

Most Gujarati weddings follow Hindu practices. This means following the traditions as laid out in most Hindu Weddings. This involves the giving away of the bride (Kanya Daan), and the Saptapadi or seven steps.

There are more local traditions that take place after Gujarati Weddings. One of the most famous of these is Aeki Beki. When the bride arrives at her new home, she sits opposite her husband. The family place a bowl in between them, with a mixture of water, milk and colourings.

A ring is dropped into the mix, with other similarly shaped metal objects such as coins. The couple then compete to be the first to fish the ring out of the mix with their hands. Whoever wins a best of seven contest is supposed to be the dominant partner in the marriage.

Gujarati Weddings can be expensive events. Don’t take the risk in not getting insurance for your wedding. Wedding Insurance Solutions cover weddings in the UK or overseas, and can protect you against almost anything going wrong. Get covered today from as little as £15 a day.

This website uses cookies to improve your experience while you navigate through the website. Out of these, the cookies that are categorized as necessary are stored on your browser as they are essential for the working of basic functionalities of the website. We also use third-party cookies that help us analyze and understand how you use this website. These cookies will be stored in your browser only with your consent. You also have the option to opt-out of these cookies. But opting out of some of these cookies may affect your browsing experience.
Necessary Always Enabled
Necessary cookies are absolutely essential for the website to function properly. This category only includes cookies that ensures basic functionalities and security features of the website. These cookies do not store any personal information.
Non-necessary
Any cookies that may not be particularly necessary for the website to function and is used specifically to collect user personal data via analytics, ads, other embedded contents are termed as non-necessary cookies. It is mandatory to procure user consent prior to running these cookies on your website.
SAVE & ACCEPT